It’s a feature, not a product.

There’s been a heap of chatter recently about what Apple’s new iThing might be, the noise around this has gotten even louder since Apple started inviting people to a typically mysterious press event. 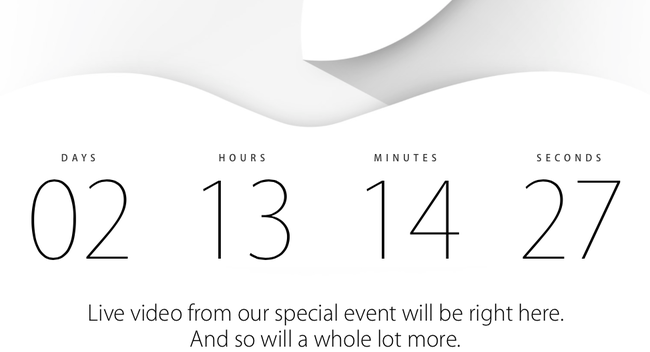 Naturally my inner fanboi is gunning for iPhone+some new iThing, but if that iThing actually ends up being an iWatch the question in my mind is: How is that useful?

It’s probably a mistake to categorize whatever the new thing is as a watch. It might actually end up being called iWatch but just like the iPhone, I really believe the name is just a label.

In the case of the iPhone, what’s become clearer and clearer over time is while it’s sold as a smartphone the iPhone’s primary reason to exist is that it’s a pocket sized, Internet connected computer you can take pretty much anywhere. ‘Phone’ is an app, a feature. The iPod functionally was renamed ‘Music’, a feature. Each app (pre-installed or downloaded) serves as a feature plug-in for the powerful and portable computer that happens to have traditional phone functionality built-in.

The size of the device or maybe more specifically the how you carry it around (big bag vs small bag vs pocket), in some ways defines how it fits into your life. When the iPad was announced, a lot of people called it ‘a big iPod touch’, I disagreed at the time purely because the use case is different but it’s a pretty accurate assessment if you consider iPad, iPhone and iPod touch as just models of the same device.

I’d imagine if the iPhone 6 ends up with various sized screens (6: bigger and smaller, 6C: current 5S in new plastic colours) that these will neatly fill the size gaps between a iPad mini and iPod touch.

The point being, calling the iPhone ‘iPhone’ was great because there was existing categories in the public’s collective minds about what a ‘phone’ is and how it fits into your life. But take a step back from the marketing and you see a broader strategy of reusing and adapting good ideas to a bunch of different situations.

So when (optimism) iWatch is announced and it’s actually called iWatch, you and most others will know before you even see it that this thing goes on your wrist, and at a glance, can tell you the time. That’s not a new idea but it’s an easy idea to accept. In this case though the watch is a feature, not the product.

I’m 100% sure that nobody will guess everything this thing will do, but in broad strokes these are my prognostications:

That’s a lot of not-outside-the-realms-of-possibility-today stuff that’s begging to be crammed into a good looking watch sized bit of high-technology.

A watch is only a very small part of iWatch*.

*feel free to point and laugh if I’m wrong or send messages of adoration if I’m right.

The day the iPod HiFi was released I was totally convinced Apple had solved a problem that had plagued all of my previous non-traditional-hifi purchases: crap quality. I admit I couldn’t see the point of batteries - It’s heavy and not... Continue →